Halsey accuses her label of holding her new single from release over a viral moment on TikTok – “Everything is marketing” : Bollywood News


Hollywood singer Halsey has alleged that their new song has been put on hold by their record label as they first want to “fake a viral moment on TikTok”. The 27-year-old singer took to social media and openly talked about the situation. 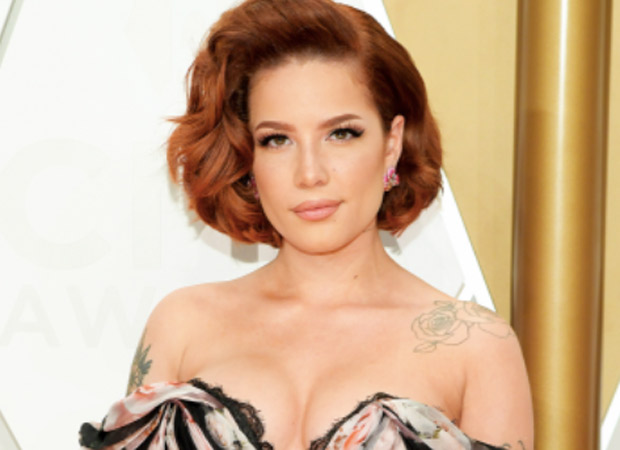 As reported by Entertainment Weekly, in a now-viral TikTok, they posted Sunday morning, the singer claims they have a song that they love and want to release “ASAP” but “my record company is saying that I can’t release it unless they can fake a viral moment on TikTok.” The post continues with the unreleased song playing in the background “Everything is marketing, and they are doing this to basically every artist these days.” Noting that they just want to “release music,” Halsey also pulls some receipts, adding that they’ve been “in this industry eight years,” “sold over 165 million records,” and “deserves better. I’m tired.”

“Our belief in Halsey as a singular and important artist is total and unwavering,” a spokesperson for Capitol Music Group said in a statement to the outlet. “We can’t wait for the world to hear their brilliant new music.” Halsey has been with Astralwerks, Capitol Records’ electronic music subsidiary since 2014, citing the creativity the label offered them. Halsey responded to the statement, which was attributed to her former label Astralwerks as well as Capitol on Twitter. “Astralwerks is the label that signed me, and then they upstreamed me to Capitol. This quote came from the company who believed in me from the jump. Not the company I’m wrestling with right now,” she claimed.

I’m not signed to astralwerks anymore! Astralwerks is the label that signed me, and then they upstreamed me to Capitol. This quote came from the company who believed in me from the jump. Not the company I’m wrestling with right now ❤️ https://t.co/ZnYR25UDxZ

In November 2021, the singer also shared a “dehumanizing” experience with Hits Daily Double saying, “There were moments when I felt powerless. Updating my progression to accommodate execs and investors, making sure the arrival of my child was timely enough that it wouldn’t cost anyone money, was dehumanizing. Not to mention the ‘madonnafication’ of myself. I spent my whole career as a symbol of sexuality and tenacity; would I still be that once the world has decided I’m maternal and therefore ‘unf***able?’ A world to whom I no longer serve useful? Can I have both?”
However, there were some people who doubted Halsey and thought their TikTok video itself is a market gimmick. Insisting that their newest TikTok videos isn’t just a publicity stunt, Halsey took to Twitter to clear out the air and wrote, “I’m way too established to stir something like this up for no reason or resort to this as a marketing tactic but now I’m in too deep so there’s no going back ????????‍♀️.”

I’ve been minding my own business on tour taking care of my baby. Four albums deep. Coasting. I’m way too established to stir something like this up for no reason or resort to this as a marketing tactic but now I’m in too deep so there’s no going back ????????‍♀️

While Halsey’s new single’s release date is still unclear, their plight does seem to shine light on an issue that is plaguing other artists. Artists such as Charli XCX and Florence Welch of Florence + the Machine have also alluded to receiving pressure from their labels to post and go viral on the social media platform. “The label are begging me for ‘low fi tik toks’ so here you go. pls send help,” Florence wrote alongside a video uploaded earlier this year. Charli meanwhile poked fun at being asked for what she claimed was her eighth TikTok in a week.