Ayushmann Khurrana is gearing up for the theatrical release of his upcoming film Anek directed by Anubhav Sinha. The film marks the second collaboration between the actor-director after their film Article 15. The film also marks the Hindi film debut of actress Andrea Kevichusa. Ahead of the film’s worldwide release, the makers will be hosting a star-studded premiere of the film. 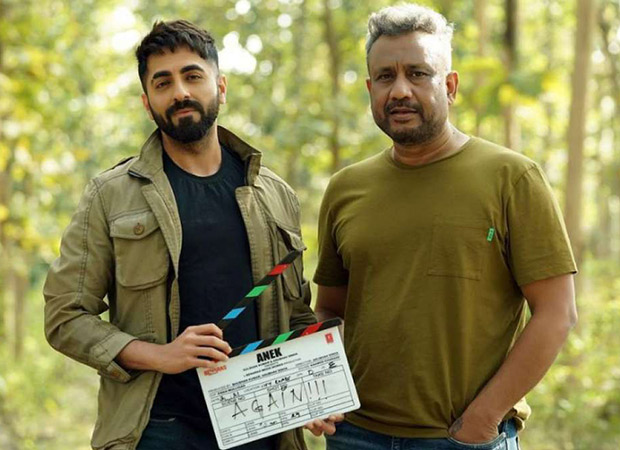 The premiere of Anek will be a star-studded affair and celebrities like Rajkummar Rao, Taapsee Pannu, Huma Qureshi, Divya Dutta, Shabana Azmi, Remo D’Souza, Pankaj Tripathi, Maniesh Paul, Rhea Chakraborty, Kumud Mishra, Ashok Pandit, Isha Talwar, Anup Soni, and others will be attending the premiere. The premiere will be held in Mumbai on Thursday night.

Anek is a political action thriller about an Indian who will rise and make India win. The film was shot in extraordinary locations in the North East. Ayushmann steps into the shoes of an undercover officer. Anek is jointly produced by Bhushan Kumar’s T-Series and Anubhav Sinha’s Benaras Mediaworks and is all set to release on May 27, 2022.